Adventure: One of the adventures we experienced was the family day. For the Germans in Israel this meant going hiking, swimming in the river and celebrating the Shabbat. For the Israelis in Germany it meant going to different places like the Netherlands, Phantasialand and Belgium with their family. But I think the biggest adventure was the exchange itself. Being brave enough to leave ones home and go to a different continent, being open for new cultures and meeting new people

Bridges: This exchange is about building bridges! Over cultures, countries, history, over fears and prejudices. Bridges between people.

Culture: The Pessach celebration was very special because you could see the culture and the tradition in real life and not just learn about it in school or read about it in books.

Eating: I really liked the food in Germany. Especially the bread, which is a huge part of the culture. I also liked the Döner here because it is very similar to the Middle East food because it is an Arabic dish.

Family: Feeling of togetherness in the families. It felt like the host partner is a part of the family.
Even when someone couldn’t speak good English, we understood each other as we spoke the same language.

Germany: As a destination for all the Israelis I thought Germany could be difficult. When we met there our cultures and our mentalities were so different that I thought they might find it difficult to live in a German family, but it was ok and everyone was happy.

History: We traveled to a lot of historical places, for example the old city of Akko, the museum of the Ghetto Fighters and the SS castle in Wewelsburg: we learned about different cultures. We visited the cologne Cathredral and the churches of Menden. We learned a lot about the history of Israel and Germany and the Holocaust.

Inspiring: It is inspiring to see how the partners do things differently, for example how the Israelis always cooked tea from their own garden herbs or how they have totally different recipes for meals. And it was special to look at my own town and country with their eyes.

Juice: We had delicious juice in Israel (especially orange juice). Once we wanted to order pomegranate juice and because we did not know the word we got a grapefruit juice! 😉

Köln: When we went shopping there we visited the Lego store and we built each other as Lego figures and it was very nice and funny. In addition, the tour on the roofs of the Cologne Cathedral was also very exiting; the view was amazing and so beautiful. I went there a lot of times before, but we learned a lot of new things.

Lifetime experience: This exchange has definitely been and still is an indescribable, great once-in-a-lifetime-experience. We have experienced so many things together, created many unforgettable memories and met awesome new people. We have grown together to become friends and a group, like a little family. And I myself have grown a piece for myself. So todah (thanks) to everyone of you for everything!

Memories: Experiences I will never forget: The Cologne cathedral’s roof walk, being together and being friends, the Wewelsburg castle.

Netherlands: We went there on family day. A nice country with great food. No borders between the countries!

Overcome: Overcoming insecurity and cultural differences while still being individual and special: We overcame all the thinkable obstacles and found the trust to talk openly about the history and the difficult past without blaming anybody or hurting anybody. This is the pillar and our personal contribution of building a brighter future.

Pessach: It was very unique experience to host someone who lives in a different culture on the seder evening.

Quality: I love spending time in Menden and seeing the beautiful rivers. I think the most beautiful was in Paderborn, amazing walkway. But what I liked most was spending quality time with Isabel in the car, listening to music.

River: The river connects to our time in Germany as well as to our time in Israel. We also have a river in Menden which we visited. Unlike in Israel, we didn’t swim in the Hönne, but there are also some beautiful memories which connect us.

Shnatz: I always knew I could relax and calm down with Zivi. When she told me what a shnatz is – and we were both tired a lot of the time – I was very happy. I really enjoyed the feeling sitting next to a good friend and feeling safe and relaxed. It means enjoying the quiet times and connecting without words.

Travel: Travel means to me the idea that I come to this exchange even it wasn’t the best timing for me. I wanted to travel and know Kimis family.

Unique: I think this whole exchange is a unique experience and I think that we are very lucky that we had the chance be a part of it. One of the unique experiences was the Pessach night and the family day after it. It was a really nice time together.

Vacation: Even though it was an intensive time it felt like a great vacation.

We had the best time in Germany with the group and it was the best time because we had fun at every day, we became like a family.

X-change: We had great days with very much fun and it was very cool. We all like each other and we built a good friendship. The exchange in generally was or even is a quite good thing.

Yallah: I believe this is one of the most important Hebrew words we learned because we always were late so we needed to shout “yallah, yallah”. 😉 So this word fits this group perfectly.

Zion: It is a beautiful city with beautiful people. Every place in this city is worth to be visited. 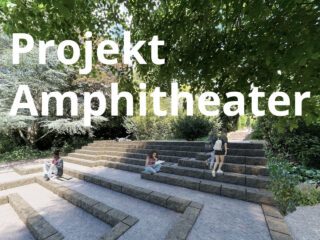